The Problem With Men’s Health Week

The Problem With Men’s Health Week

Happy Men’s Health Week to all you men out there, as well as those of you with important men in your lives. So…basically everyone! Men’s Health Week is celebrated every year as the week leading up to Father’s Day (which is June 21st, don’t forget).

The purpose of the week as cited by menshealthmonth.org is: “to heighten the awareness of preventable health problems and encourage early detection and treatment of disease among men and boys.”

Awareness initiatives typically focus on things like testicular and prostate cancer. While these are absolutely worthy initiatives, we’ve noticed one gap in particular as it pertains to this annual observance: there is very little emphasis on men’s mental health.

Not only is mental health a huge issue for everyone in today’s world (you know, thanks to the global pandemics, social unrest, etc), but this issue is of particular concern for men. According to mindwise.org: “Nearly 1 in 10 men experience depression and anxiety. According to a poll of 21,000 American men by researchers at the National Center for Health Statistics (NCHS), nearly one in ten men reported experiencing some form of depression or anxiety, but less than half sought treatment.” 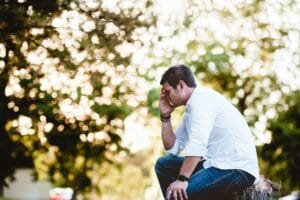 Some more scary statistics: men die by suicide 3.5x more than women, 49% of men feel more depressed than they admit to the people in their life, and men are almost two times more likely to binge-drink than women.

But why is this? Why does it seem that while research shows that both genders experience the same rates of mental illness, women are more likely to actually be treated for it (29% compared to just 17% for men)?

There are many working theories, with factors that are both biological and social. While we have to leave the biology portion to the scientists, we can all positively impact the social portion of this. In particular, it’s time to challenge the traditional gender roles and stereotypes. Men should not be expected to “man up” during tough times (what is with that expression anyway?!), and we should be starting conversations about mental health with our loved ones, whether they are male or female.

This Men’s Health Week, ask the important men in your life how they are doing, and how you can best support them. In the meantime, we’ll keep doing what we do best and supporting the mental health of ALL our corporate wellness clients through our diverse offerings that are focused on mental AND physical health.